My favorite mug —— cheesy yes, but I freaking love it! It looks out of place in San Francisco, but will look great back in Denmark  (Or not?)

Since my last blog post, I’ve gone from ignoring our return to Denmark to thinking about it non stop. I’ve gone from thinking we would stay six more months to accepting we — probably — won’t. I’ve put aside all conflicting feelings about leaving our “home”, and I’ve even started to get a little excited. I’ve gone into repatriation action mode!

First of all, we have found a Danish teacher for the kids, who will teach them twice a week until July. With all the homework, outside school activities, the baby, and “our extra challenges” this year, we never got around to it. The kids understand Danish, but speak it mixed with English. That’s not what I worry about. I want them to be able to read fluently in Danish. I remember vividly my return to Danish school at twelve years old after four years in France. I especially remember a situation in Danish, where my teacher asked me to read out loud two lines from a novel we were studying — I guess to determine my level. A dead silence fell over the room; my usually noisy classmates were curious about how the “French girl” would do. I managed to stumble through all the words except for the last word: Mercedes. I knew that word from French, so happy, relieved, and with a clear voice, I read it fluently — but pronounced in French. Nobody laughed or said anything; you could have heard a pin drop on the floor in my usually very noisy 28 pupil class. To make things worse, my teacher asked me to repeat the last word in the sentence, and again I pronounced Mercedes with a perfect French accent, this time nervously, because I knew I said it wrongly, but not why. After this incident, I worried in every Danish class that my teacher would call on me to read out loud, which she would, all the time. In all other classes, I did fine. Actually, I did great, except for English, where I also had a distinct French accent. I also lost that accent over time, phew. Remember the World War II sitcom “Allo, allo”, taking place in German-occupied France? Well, you don’t want to sound like that when speaking English, and I totally did! It’s interesting because when I for fun teach the kids French words, my kids have an American Accent, not a Danish one. I guess accents must be related to the way you sound out your native language. Or something. Overall the biggest challenge for me returning to a Danish school after four years in a French school was handling the more mature and fresh Danish kids and learning to read confidently, without a French accent… So having the kids start Danish lessons is a huge weight off my shoulders. Even better, they loved it!

School is another thing we have in place. We have chosen a school, known for its diversity and traditions. We don’t doubt that this school is the right choice for our children. It’s a perfect fit. The school has an international department, so it’s accustomed to international students. We are all set with our 8-year-old daughter, who will start second grade in a Danish class, but not quite there with our then 12-year-old son. He will start in an international mixed fifth and six grade class. It’s not our or his choice, we feel very strongly that he needs to be fully reintegrated in a Danish class, but right now the Danish six grade classes are full. That said, classes taught in English will probably give him a much smoother reintegration, and he’ll mingle with students who like him have an international background. But it’s crucial that in time his Danish becomes as strong as his Danish peers’, so that he won’t struggle in High School. So when a spot opens up, we’ll move him into a Danish class.

We also picked a date for moving out of our house. We love our house, our home. So I felt anxious about setting a date, but now that it’s done, it feels good. When we moved to San Francisco, we lived for eleven weeks in an empty house without furniture, except for beds and a TV. And we’re not gonna repeat that mistake! So we will be packing up June 20th, while the kids are still at school for one more week. We’re trying to figure out how we’ll handle this. Maybe we’ll take the kids out of school and travel; maybe we’ll stay with our friends in Marin, which is a terrible but doable commute across Golden Gate Bridge to school. From July 1st, I found us a place in Santa Cruz, where we will stay for two weeks and then we’ll head to SoCal before we return to Denmark. It’s not going to be the big US road trip that we planned on, but we need to stay close to San Francisco. And with a baby and probably a lot of heartache about leaving, spending our last month in California will probably prove to be a blessing.

Another part I’m going to have to start focusing on is getting a job, deciding what I want. I’m actually getting excited about that part too.

… So I guess it’s happening: we’re going “home”. The repatriation process has begun. I still don’t really get it, but I’m starting to make peace with it and focus on all the good parts of moving back to Denmark instead of mourning what we’ll leave behind. 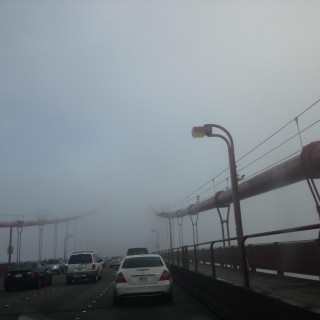 Welcome to my blog, where I share the good, the bad, and the ugly about expat life and repatriation. After 4 1/2 years in San Francisco, I'm back in Copenhagen with my Danish husband and three kids. Blog posts published before May 2016 are written in Danish.

There was an error retrieving images from Instagram. An attempt will be remade in a few minutes.